James Patrick (“Jimmy”) Page (b. 1944) is best known for his work as the guitarist for the legendary rock band Led Zeppelin, which was founded in 1968 shortly after Page’s stint as guitarist for the already established Yardbirds. With a career now spanning six decades and counting, he remains one of the most revered guitarists in the world. 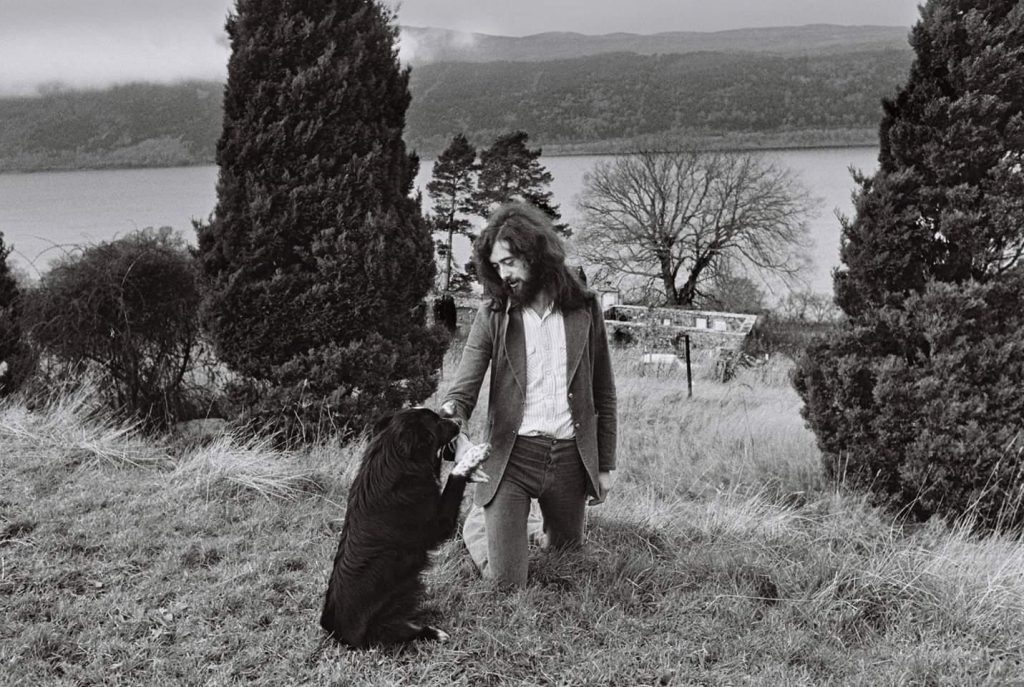 Page would purchase Boleskine in 1971 due to his own interest in its former owner, Aleister Crowley, whose writings and ephemera he had already begun to collect. Page encountered Crowley’s work during his teenage years after chancing upon a copy of Crowley’s monograph, “Magick”. Crowley was already regaining popularity as a counter-culture icon with his inclusion on The Beatles’ Sgt. Pepper’s Lonely Hearts Club Band album cover, and other musicians and artists were now lifting his legacy from its previous obscurity. Led Zeppelin’s third album, Led Zeppelin III, released in October of 1970, shortly before Page’s Boleskine acquisition, would include the iconic Crowley phrase “Do what thou wilt” written on the inner ring of the record.

Page’s life as a musician touring heavily abroad kept him from spending a great deal of time at Boleskine, but he did invite other artistic luminaries of the time such as Richie Blackmore of the band Deep Purple and avant-garde filmmaker Kenneth Anger. He would also remodel the interior to match his own esoteric flair in keeping with the “Crowley mystique”. Otherwise, the property was generally kept by friends and acquaintances until Page sold the property in 1992.