The Boleskine estate has a long and colourful history. It began as a church parish around the 13th century, when the Church of Rome began expanding into the Scottish Highlands. The land was governed by a succession of Ministers well into the 17th century. 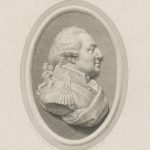 The first private owner of Boleskine House was Archibald Campbell Fraser of Lovat (1736–1815) who oversaw its commission as a manor estate. Archibald was the second son of the better known Simon Fraser, 11th Lord Lovat (nicknamed “The Fox”), who was notoriously known to play both sides during the Jacobite uprisings in the eighteenth-century, who was notoriously absent at the Battle of Culloden with his fellow Frasers, and who was later captured and executed for treason at the Tower of London.

Archibald C. Fraser served as a British consul in Tripoli and Algiers, and would serve as M.P. for Inverness-shire in Parliament. Archibald commissioned Boleskine House as a hunting lodge in the late eighteenth-century, although it was not finished until 1809. Having outlived all of his sons, the house would later pass to his grandson, Archibald T.F. Fraser and the estate remained in the ownership of the Fraser family until 1894. 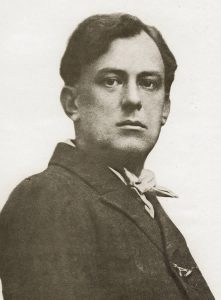 Crowley as a young student at Trinity College at Cambridge

value of the day from Mary Rose Hill Burton. Crowley would place a great deal of importance on the house, as it held what he considered to be the perfect conditions for a spiritual retreat, offering the quiet seclusion amongst the bucolic landscape of Loch Ness.

It was here that Crowley is known for conducting an extensive practice known as the “magic of Abramelin.” Contrary to popular opinion believing it was a black magic ceremony, this austere rite which originated out of a mid-fifteenth-century manuscript of Jewish provenance outlined a rigorous set of practices involving devotion and prayer as a method to speak directly with God. Increasing financial problems forced Crowley to sell Boleskine by 1918.

Boleskine was then registered in the ownership of Dorothy C. Priestly (née Brook), and plans were introduced in 1926 to make significant alterations and extensions to Boleskine House. However these plans never came to fruition.

Boleskine House passed through a series of owners after Priestly, being purchased by Foyers Hotels, Ltd. in 1944, then to David Shirley Crighton Simpson in 1946 who, a year later, sold the property to John Robert Ranken Fullerton of Noblethorpe, Barnsley, Yorkshire.

Casanova conman Dennis Lorraine, responsible for the old “piggery” building on the estate.

Boleskine House next came into ownership of Mary Verite Grant (otherwise known as Mary Lorraine) in 1960. It is alleged that whilst at an art exhibition in Inverness, Mary Lorraine met Molly Lorraine (unrelated), the latter who was fascinated by Boleskine’s mysterious lore and wanted to buy the property. When she met Mary who shared her surname, it was too strange to call it coincidence and she convinced her husband Dennis Henry Lorraine to purchase the property in 1963.

The Lorraines were looking for property in the Scottish Highlands with the intent to use the land as a pig-rearing operation. However, in reality Lorraine, who was by now a career conman was establishing a small pig-feeding farm at Boleskine as a ruse for the ongoing Cadco scandal further south in Glenrothes. By the time the law had caught up to Lorraine, he had sold Boleskine House and fled to the United States. It was sold to Halbert Kerr, who ran Boleskine as a guesthouse from 1967 to 1971.

Led Zeppelin guitarist, producer and collector of Crowley memorabilia Jimmy Page was the next owner of Boleskine House in 1971. Page sought to remodel the house with a Crowley-like theme. Despite this, Page spent little time at the house itself, instead asking trusted friends of his to occupy and watch over the house. Those who watched over the property for Page include Eric Hill, Barriston Colby and Malcolm Dent.

Page sold Boleskine to Ronald and Annette MacGillivray in 1992. The MacGillivray’s sharing kin with Frasers, Ronald sought to reestablish Boleskine as a Fraser estate once more. Some may share memories of gatherings in the gardens of Boleskine while traditional bagpipes played for merry parties. Upon Ronald’s passing, Mrs. MacGillivray sold Boleskine in 2002 to Teunis Griffioen and Gertruida Johanna Bakker who occupied the house as a holiday home away from their native Netherlands. It was in 2015 that the house suffered a devastating fire, rendering it uninhabitable.