The Master Therion (aka Aleister Crowley) made clear the importance of Boleskine House in the following A∴ A∴ Class D and O.T.O. documents:

“He should give the Sign of the Enterer on passing the Kiblah, or Direction of Boleskine.”
– The Master Therion, Liber Samekh

“The Adept now returns to the Tiphareth square of his Tau, and invokes Spirit, facing towards Boleskine”
– The Master Therion, Liber Samekh

“Let the Magician, robed and armed as he may deem to be fit, turn to face towards Boleskine, that is the House of the Beast 666.”
– The Master Therion, Liber V vel Reguli

“In the East, that is, in the direction of Boleskine, which is situated on the South-Eastern shore of Loch Ness in Scotland, two miles east of Foyers, is a shrine or High Altar.”
– The Master Therion, Liber XV

The following image shows one of Aleister Crowley’s hand written notes for a ritual he carried out at Boleskine House. The Temple layout diagram shows the South-Western wing of the house, as can be seen on the house plans with the image superimposed below:

“The Kiblah, then, represents to the focal point of the magical current of a cult or religious system, the reservoir of magical energy which can be drawn upon by all who devote themselves to its Mysteries. Most religious systems include a similar concept. Christianity and Judaism have their Jerusalem or Mount Sinai, the Samaritans have their Mount Gerizim, Hinduism has its Mount Meru or Mount Kailasa, the Greeks had their Mount Olympus or the Omphalos at Delphi. Thelema has its Boleskine.”
– Tau Apiryon 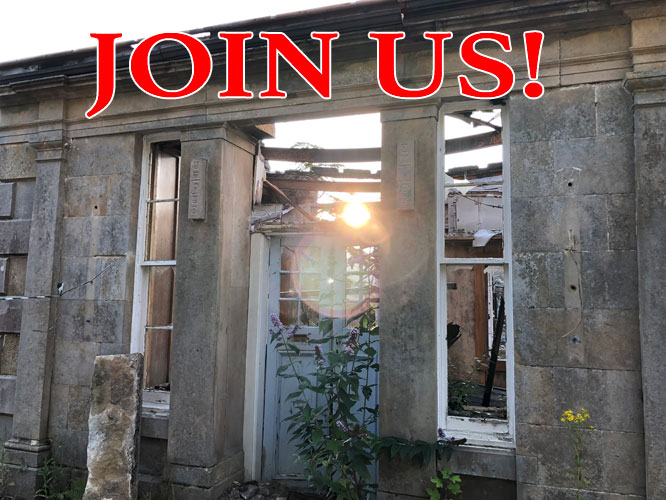 Become a Friend of Boleskine House